I am very excited to feature fellow New Englander Arlette “Apple Pie” Laan. She is one of the most humble and down to earth hikers I know even with all of her incredible experience. Apple Pie was the first women to hike the Diretissima (all 48 4000 footers in NH unsupported in one continuous hike). She has also hiked many amazing trails including the Grand Enchantment Trail, Arizona Trail, Pacific Crest Trail. Appalachian Trail, Continental Divide Trail, Florida Trail, and believe it or not, the list goes on!

When did you first discover a love for hiking?

I grew up in Holland which is as flat as a pancake but when I was 19 I went on vacation to Switzerland with a boyfriend and discovered the mountains. They immediately drew me in. We started with day hikes but I always wondered what was on the other side of the pass so the next year we carried full packs and continued on over the passes to the next village. I was totally inexperienced and out of shape but loved it!

Did you have a mentor or someone you hiked with when you first started out?

I started out hiking with the boyfriend mentioned above, we were both total newbies. I just bought whatever the outdoor gear stores told me I needed and learned more as I went along by reading books and seeing what other people were using. In preparation for the Pacific Crest Trail hike I read Ray Jardine’s book on lightweight backpacking. I never took it as far as he did but it was very helpful. And Cindy Ross’ book Journey on the Crest was inspiring for me, she painted a realistic picture of what hiking a long distance trail could be like. Yes, it’s fun and adventurous but it can also be difficult and tiring.

You once said you enjoy overnight and long distance treks over day hikes. What is it about long distance hiking that draws you in?

I think it’s the sense of adventure and discovery, of actually going somewhere new versus coming back to your car. It also allows me to step away from society, to just be, move. And the simplicity of trail life is pretty sweet. There are only a few things you need to focus on, where is the next water source, where can I find a flat spot to sleep, and how much food do I have left to the next town.

One of your most recent thru hikes was the Te Araroa Trail (1864 mile route) in New Zealand. How was hiking there different than the US? Was there anything you didn’t expect?

The most interesting difference was the hut system. Most of the tread of the TA was total crap but the newer huts were fantastic. They were fully enclosed buildings with mattresses and a kitchen area with sometimes running water from barrels with rain water. This was especially true for the South Island where we hardly ever camped. The older huts were still nice but had some serious mice issues. In hindsight however being in huts all the time kind of took away from the being outside aspect of backpacking that I love. I think I also expected to be higher up near snowy peaks but we were only there for two sections really. Lastly, New Zealand standards for trail are different than US standards in that they consider a rough streambed a trail, the fording was pretty interesting sometimes.

It’s a very new trail as its only been open since December 2011. Were there many difficulties hiking on such a new route?

The difficulties were not in the navigating so much as in the fact that the tread was often barely there. The trail sections were either new and were marked with tall orange poles but had no tread or they were old and eroded. Hiking through the tall tussock was definitely a challenge because we couldn’t see our feet and we knew it was lumpy underneath with possible big holes. In general it seemed that there was a lack of trail maintenance. All of the so called Great Walks were in fantastic shape however so if you want to go to New Zealand and not worry about twisting your ankles I would recommend hiking those.

You were the first female to ever complete a Direttissima. This means you hiked all 48 of New Hampshire’s highest peaks in 11 days 14 hours without any support and all on foot. How did you train for this?

I actually was severely out of shape in the beginning of that summer but did a short backpacking trip with my mom and niece in Yosemite before trying to do the Sierra High Route. It turned out that I wasn’t in good enough shape to complete the Sierra High Route in the two weeks I had budgeted so instead I took a short cut to the John Muir Trail and made myself do 20-25 mile days to get back in shape. I picked up a bit of the SHR again before heading back home. Once at home I made the spur of the moment decision to try the Direttissima since I now had the high elevation conditioning.

I would say for a first overnight go where you know there will be other campers and once you feel comfortable venture to more remote areas. And don’t let other people’s fears keep you from going out there.

Sometimes I’m afraid of the dark. ; )

The sense of adventure and discovery. And it makes me feel strong and alive.

My husband and I hope to finish up the Florida Trail this winter and I’d love to hike the Hayduke Trail this spring.  I’d also like to give the Sierra High Route another try next summer.

Looking for more inspiration? Check out all the other Wild Woman interviews plus all the female specific articles on Trail to Summit on the Female Hikers Page! 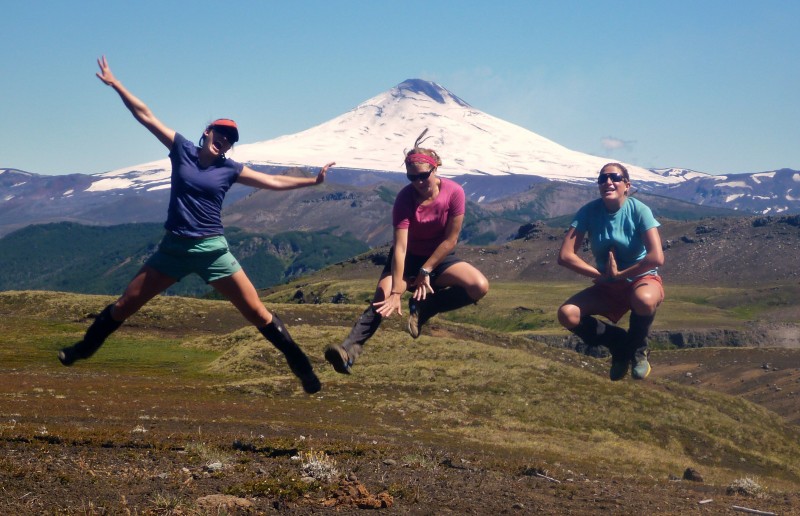 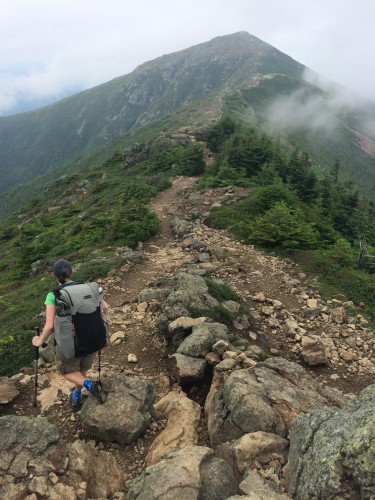