Mount Moriah (4049 feet) is a deceiving mountain. At 9 miles round trip and one trail up (we took the Carter-Moriah Trail up to the summit), it seemed like it would be an easier 4k hike. We were well prepared, but surprised by the trail.

The parking area for the Carter-Moriah Trail is a little “lot” across from some houses. The directions to the lot are listed at the end. Once you head past the trailhead sign, you start on a steep path right away. It then levels out and then gets steep again. It was nice to hike up some steep sections and get breaks in between.

The Weather has been really crazy for April. Last week it was really warm so the snow that was left in the Whites was beginning to melt, but refroze in the last few cold days. The trail was ICY!

When we were driving up the the mountains, it was cold, windy, and raining/snowing. I’m not even sure what was going on with the weather! The forecast said no chance of precipitation so I was worried. When we got to the trailhead, we had perfect hiking weather. It was cold enough that we needed to layer up and wear gloves. We had no snow, rain, or bugs. Those are my ideal hiking conditions!

The first third of the hike wasn’t too icy, but the rest was. Microspikes were essential on this hike.

After about two miles, you will summit Mt. Surprise. It is not a very good surprise, as we’re not entirely sure where it was. There is no sign, but we think it might be the photo above. The trail was very well marked with blue blazes and cairns. What is surprising are the views of the Northern Presidentials!

The hike was very slow going with all the ice. We hiked at a steady pace until we came to all the icy sections and had to go at a snail’s pace making it a seven hour hike. Even though Moriah is just over the 4000 foot mark, you still climb over 3500 feet in elevation!

After we were told twice that we were a half mile away (the second was after we hiked at least a half mile) we finally made it to the summit!

As you can see, the views were breathtaking. We really lucked out and had perfect weather! A few people said it was really windy (one man said he ran down!) but it wasn’t too bad. You just had to battle with the wind a little to pose for pictures! 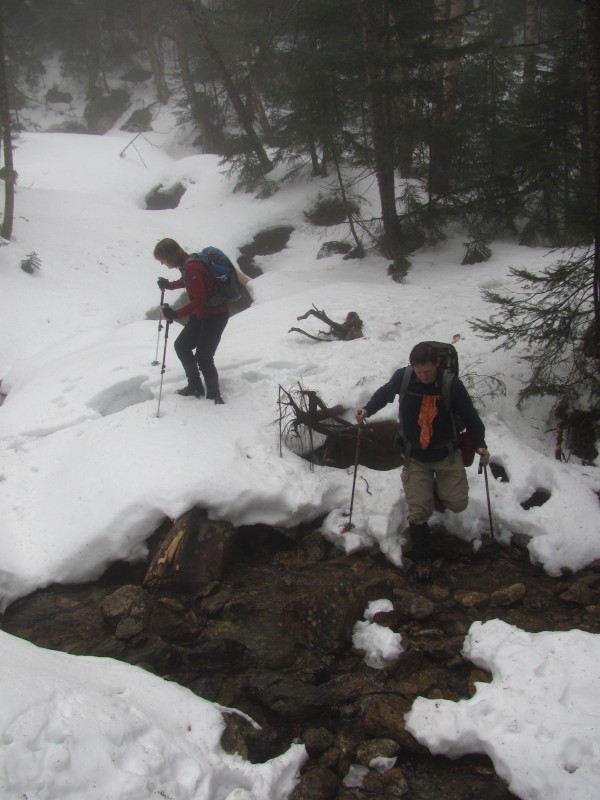 Next Story
Whiteface and Passaconaway