If you’re looking for a great female driven adventure story, take a look at these picks. And no, Wild isn’t one of them.

Grandma Gatewood’s Walk: The Inspiring Story of the Woman Who Saved the Appalachian Trail– Ben Montgomery

Synopsis: Emma Gatewood told her family she was going on a walk and left her small Ohio hometown with a change of clothes and less than two hundred dollars. The next anybody heard from her, this genteel, farm-reared, 67-year-old great-grandmother had walked 800 miles along the 2,050-mile Appalachian Trail. And in September 1955, having survived a rattlesnake strike, two hurricanes, and a run-in with gangsters from Harlem, she stood atop Maine’s Mount Katahdin. There she sang the first verse of “America, the Beautiful” and proclaimed, “I said I’ll do it, and I’ve done it.”

Synopsis: After graduating from college, Jennifer isn’t sure what she wants to do with her life. She is drawn to the Appalachian Trail, a 2175-mile footpath that stretches from Georgia to Maine. Though her friends and family think she’s crazy, she sets out alone to hike the trail, hoping it will give her time to think about what she wants to do next. The next four months are the most physically and emotionally challenging of her life. She quickly discovers that thru-hiking is harder than she had imagined: coping with blisters and aching shoulders from the 30-pound pack she carries; sleeping on the hard wooden floors of trail shelters; hiking through endless torrents of rain and even a blizzard. With every step she takes, Jennifer transitions from an over-confident college graduate to a student of the trail, braving situations she never imagined before her thru-hike. The trail is full of unexpected kindness, generosity, and humor. And when tragedy strikes, she learns that she can depend on other people to help her in times of need.

Read this one? Also check out Called Again: A Story of Love and Triumph

Up: A Mother and Daughter’s Peakbagging Adventure– Patricia Ellis Herr

Synopsis: UP – A Mother and Daughter’s Peakbagging Adventure is a fascinating book about a mother who lets her daughter have the freedom to hike that some of us can only dream about. When Trish Herr became pregnant with her first daughter, Alex, she and her husband, Hugh, vowed to instill a bond with nature in their children. By the time Alex was five, her over-the-top energy levels led Trish to believe that her very young daughter might be capable of hiking adult-sized mountains. In Up, Trish recounts their always exhilarating–and sometimes harrowing–adventures climbing all forty-eight of New Hampshire’s highest mountains. Readers will delight in the expansive views and fresh air that only peakbaggers are afforded, and will laugh out loud as Trish urges herself to “mother up” when she and Alex meet an ornery–and alarmingly bold–spruce grouse on the trail. This is, at heart, a resonant, emotionally honest account of a mother’s determination to foster independence and fearlessness in her daughter, to teach her “that small doesn’t necessarily mean weak; that girls can be strong; and that big, bold things are possible.”

Synopsis: A story of extraordinary danger and adventure as a very young woman attempts, alone, a trip across Papua New Guinea. After her first taste of the freedom found in travel at age nineteen, Kira Salak spent the next several years of her youth as a constant, impulsive traveler. Barely old enough to drink, she leaves her life behind-graduate school, a job, a boyfriend who loves her-to attempt the impossible, her dream of following in the footsteps of British explorer Ivan Champion, the first person to successfully cross the island of Papua New Guinea in 1927. She is motivated by something much deeper than simply wanting to be the first woman to make such a crossing, and as she composes this memoir she still searches for answers. Why would a lone traveler, a very young woman at that, want to embark on such a dangerous and mysterious trip? Where was her fear? Or was this all an attempt to court and indulge her fear for some larger purpose? No one, on the road or at home, could quite understand.

Synopsis: A legendary trailblazer, Arlene Blum defied the climbing establishment of the 1970s by leading the first all-female teams on successful ascents of Mount McKinley and Annapurna and by being the first American woman to attempt Mount Everest. At the same time, her groundbreaking scientific work challenged gender stereotypes in the academic community and led to important legislation banning carcinogens in children’s sleepwear. With candor and humor, Breaking Trail recounts Blum’s journey from an overprotected childhood in Chicago to the tops of some of the highest peaks on earth, and to a life lived on her own terms. Now with an index, additional photos, and a new afterword, this book is a moving testament to the power of taking risks and pursuing dreams.

The Trail Life: How I Loved it, Hated it, and Learned From it– Julie Urbanski

Synopsis: Join Stopwatch, an inexperienced thru-hiker with a steep learning curve, as she tackles her first long-distance hike, the Pacific Crest National Scenic Trail, over 2600 miles from Mexico to Canada. She begins the trail with the sole purpose of getting to Canada and quickly realizes she has a lot to learn not only about backpacking, but more importantly, about herself.

The Middle of Somewhere– Sonja Yoerg

Synopsis: With her thirtieth birthday looming, Liz Kroft is heading for the hills—literally. Her emotional baggage weighs her down more than her backpack, but a three-week trek promises the solitude she craves—at least until her boyfriend, Dante, decides to tag along. His broad moral streak makes the prospect of confessing her sins more difficult, but as much as she fears his judgment, she fears losing him more. Maybe.

A Mile in Her Boots: Women Who Work in the Wild-Jennifer Bove

Synopsis: The stories in this remarkable collection detail the experiences of women who work in a variety of outdoor professions including smoke jumping, river running, professional falconry, and horse packing. A celebration of women making their way in the wild, the stories in these pages include rescuing sea turtles amidst a swarm of nude bathers, driving cattle across Texas, and tracking a pair of fugitive Montana mountain men. A Mile in Her Boots is a chance for readers to enjoy rough-hewn adventures with a diverse, welcoming group of wild women.

Girl in the Woods: A Memoir– Aspen Matis

Synopsis: Girl in the Woods is Aspen Matis’s exhilarating true-life adventure of hiking from Mexico to Canada—a coming of age story, a survival story, and a triumphant story of overcoming emotional devastation. On her second night of college, Aspen was raped by a fellow student. Overprotected by her parents who discouraged her from telling of the attack, Aspen was confused and ashamed. Dealing with a problem that has sadly become all too common on college campuses around the country, she stumbled through her first semester—a challenging time made even harder by the coldness of her college’s “conflict mediation” process. Her desperation growing, she made a bold decision: She would seek healing in the freedom of the wild, on the 2,650-mile Pacific Crest Trail leading from Mexico to Canada.

Dirt Work: An Education in the Woods– Christine Byl

Synopsis: Christine Byl first encountered the national parks the way most of us do: on vacation. But after she graduated from college, broke and ready for a new challenge, she joined a Glacier National Park trail crew as a seasonal “traildog” maintaining mountain trails for the millions of visitors Glacier draws every year. Byl first thought of the job as a paycheck, a summer diversion, a welcome break from “the real world” before going on to graduate school. She came to find out that work in the woods on a trail crew was more demanding, more rewarding—more real—than she ever imagined.

West with the Night– Beryl Markham

Synopsis: Beryl Markham’s West with the Night is a true classic, a book that deserves the same acclaim and readership as the work of her contemporaries Ernest Hemingway, Antoine de Saint-Exupéry, and Isak Dinesen.
If the first responsibility of a memoirist is to lead a life worth writing about, Markham succeeded beyond all measure. Born Beryl Clutterbuck in the middle of England, she and her father moved to Kenya when she was a girl, and she grew up with a zebra for a pet; horses for friends; baboons, lions, and gazelles for neighbors. She made money by scouting elephants from a tiny plane. And she would spend most of the rest of her life in East Africa as an adventurer, a racehorse trainer, and an aviatrix–she became the first person to fly nonstop from Europe to America, the first woman to fly solo east to west across the Atlantic. Hers was indisputably a life full of adventure and beauty.

Learning to Fly: A Memoir of Hanging On and Letting Go– Steph Davis

Synopsis: World-class free climber Steph Davis delivers a “thrilling and infectiously interesting” (San Francisco Book Review) memoir about rediscovering herself through love, loss, and the joy of letting go. The paperback includes a new epilogue in which Davis shares how her husband’s tragic accident has affected her relationship to climbing and flying.

Have a favorite I didn’t include? Let us know in the comments below!

70 Books on Thru Hiking

13 Books on Hiking in NH

Reference and Children’s books for Exploring the Outdoors

Is audio more your style?

Here are 10 Great Outdoor Podcasts to give a listen to!

Or grab the popcorn! Check out our Hiking Documentary Lineup 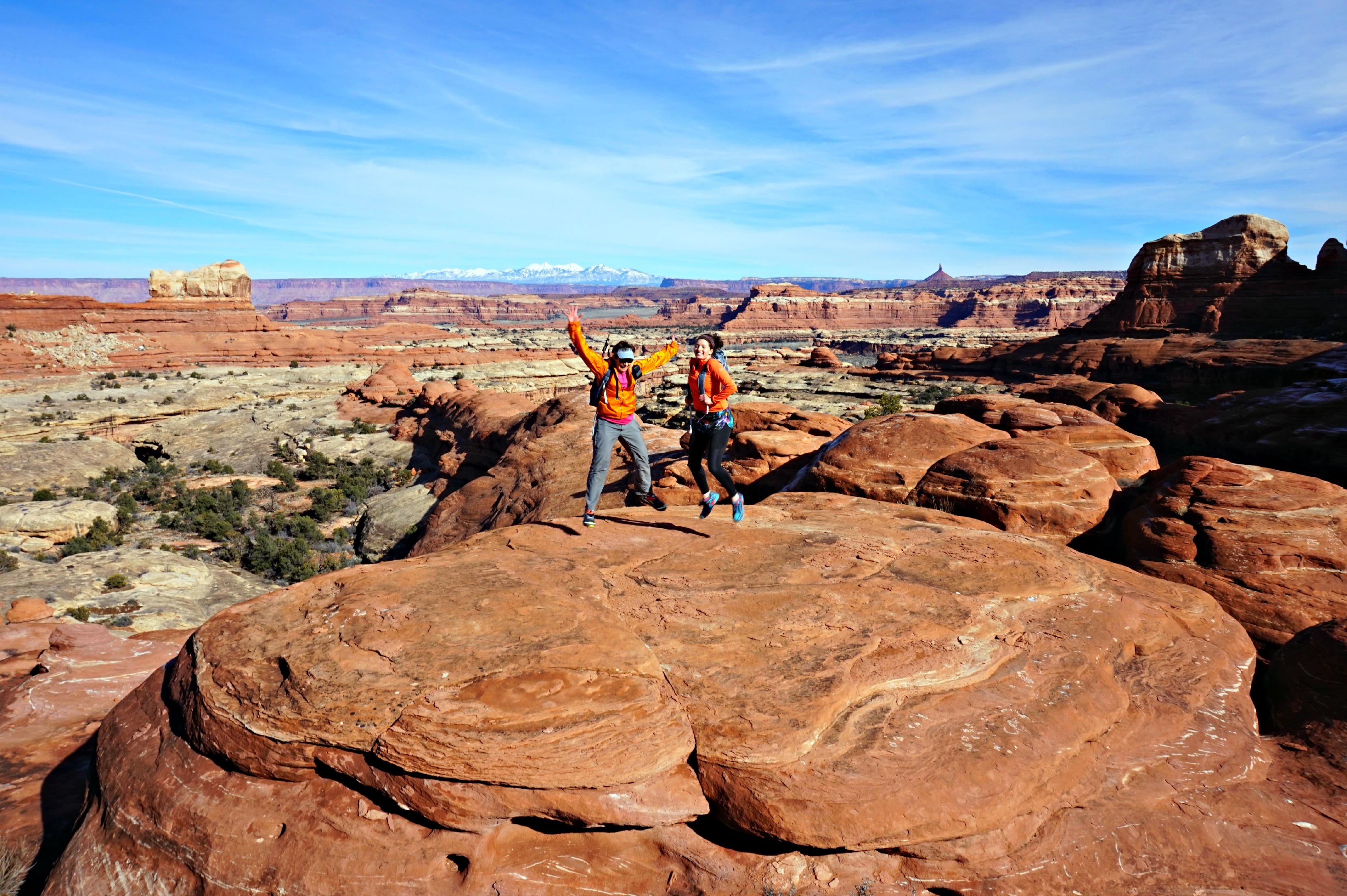 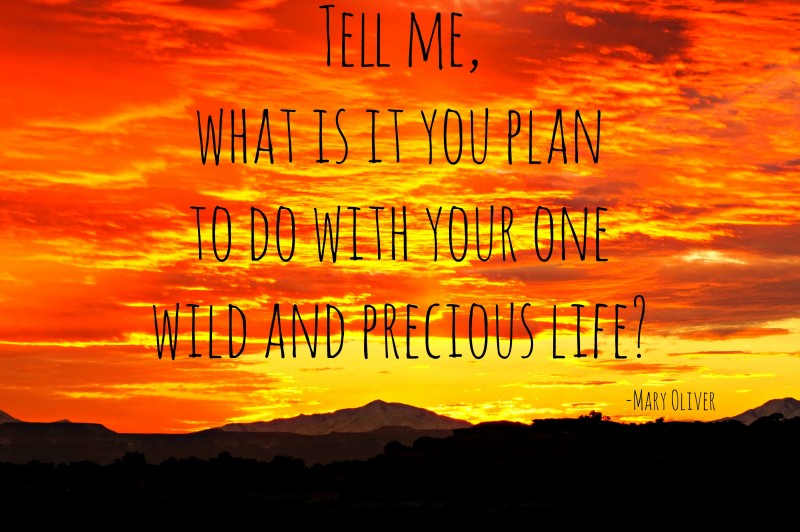 11 Responses to :
Books For Adventurous Women