While Vermont only had 5 4000-footers, there are 9 additional peaks just under 4000 feet for the New England Hundred Highest List. I had the chance to sneak away midweek for an overnight so off to Vermont I went! I have a handful of these peaks to do so I took a look at my Green Mountain Club Long Trail map to see what my best route options would be. After some careful studying of the map and checking out numerous blogs, I decided on Breadloaf and Wilson day one and bagging Mendon and Pico day two as two separate hikes since I already had Killington and only one car.
The Skyline Lodge is often mentioned as a favorite shelter among Long Trail hikers so I thought it would be a great place to spend the night. I headed over to Vermont in the afternoon and parked at the Skylight Pond Trailhead. Unfortunately fall colors were not very present yet but it does look like it may be a terrific year for fall foliage when the leaves finally do turn.

The Skylight Pond Trail is 2.5 miles where it intersects with the Long Trail just before the shelter I planned to stay at. The trail was well trodden and very easy to follow despite the faded blue blazes. The numerous crossings were just about dry, even the large crossing aided by a bridge.

After some mostly gradual hiking in the woods, I headed North on the Long Trail to the summit of Breadloaf. The ascent to Breadloaf gets a bit steeper, but the trail is still in great condition. There’s a really dramatic turn before hitting the spur path to Breadloaf. The summit is only marked by a cairn, but there’s a view point about 200 feet from the official summit.

After a snack I headed back on the Long Trail to the Emily proctor shelter. This section has a ledge with poor footing and could potentially be very slippery when wet.

The Emily Proctor Shelter is a very traditional lean-to. No one there yet!

After checking out the shelter log I headed North again on the Long Trail to Mt Wilson. The ascent up was a bit steep, but there is some great rock steps. I was so mesmerized by  them I forgot to snag a picture! The summit of Wilson is a little tricky to find as there is a false peak. You will begin to hike downhill just a bit and then come to another hump with a very small cairn on the right.

I headed back down the Long Trail South to the Skyline Lodge where I would spend the night. When I arrived, a Long Trail Thru Hiker named Dharma Bum said he arrived a couple hours ago. He’s a Vermont resident heading southbound on the trail. At this point he was about halfway done!

It was great having company at the shelter. We ate dinner as the sun set over Skylight Pond, just below the shelter, swapping trail stories until hiker midnight (8 pm).

It was a cold night in the shelter, but my quilt kept me warm as long as I didn’t let any air pockets in. Note to self- inflatable pads are much better on a shelter floor compared to foam.

That night I didn’t sleep too well. It’s rut season and I woke to a moose splashing in the pond and looking for a mate. This isn’t my video, but exactly what that moose sounded like for an hour and a half!
Thought I didn’t sleep soundly, I got up for sunrise and was so happy I did. Morning at Skylight Lodge was even more glorious than the evening before.

I spent over an hour eating breakfast, watching the sunrise, and packing my gear. I wanted to leave relatively early to bag Mendon and Pico which required about an hour’s drive South. Onto the next trail. 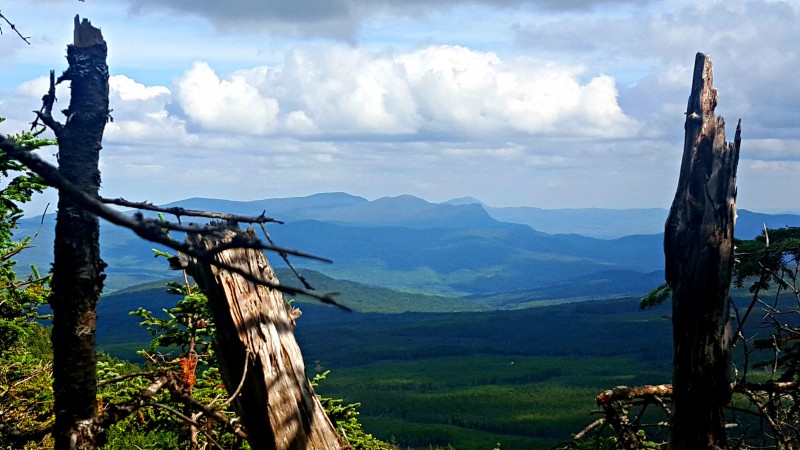 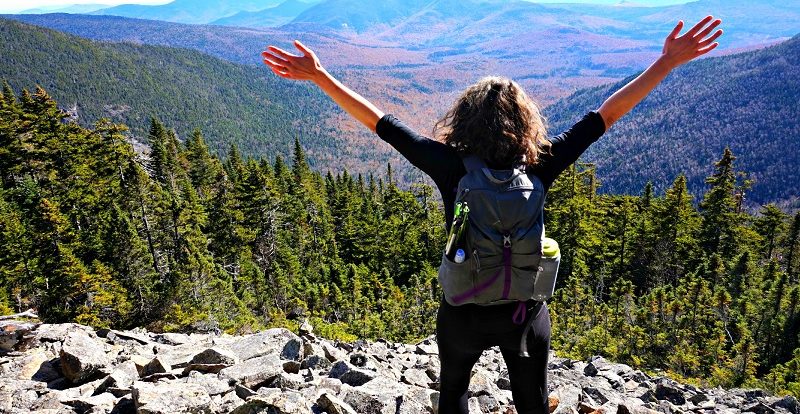 3 Responses to :
Breadloaf and Wilson (NEHH)