Have you ever thought of hiking a long distance trail, spending your first night backpacking, solo hiking, or achieving another hiking focused goal? A while back a woman named Christina contacted me after seeing some of my hiking photos on Instagram. She had been interested in completing the NH 4000 Footer list. This list consists of the 48 highest peaks in New Hampshire, reached by rugged trails and often with unpredictable weather. Christina was local so I had her over as she was starting from scratch. In an afternoon we talked about gear needed, great beginner 4000 footers, and the many resources available for hiking these peaks. Below you will hear from Christina and This is the beginning of her journey to hiking the NH 4000 Footers. Even with support, she and her boyfriend TJ made some mistakes and learned a lot- both about the trail and themselves. She talks about her first three hikes and I follow it up with some additional tips for new hikers.

Growing up in NH I’ve always been outdoorsy and would go on small hikes with my mom as a kid, but it wasn’t until after college (2009) that I did my first 4000 footer, Mt. Lafayette.  And honestly, it kicked my butt!  Although I had always been active and did sports as a kid, I didn’t get serious about my fitness until graduate school.  So after hiking Lafayette I was a little intimidated by big hikes and would stick to smaller ones like Mt. Major, Rattlesnake, Cardigan, Morgan and Percival, hiking them over and over (and getting bored).

In 2014 I challenged myself to do a fitness competition, prepping for 6 months and competing in October.  During that time it was our four year anniversary. We decided to go to Vermont for the weekend and ended up hiking Camel’s Hump.  It was only my 2nd 4000 footer and his first.  It was by far the hardest hike I had ever done, but I couldn’t believe how far I had come in my fitness journey since that first 4000 footer…and I was almost kicking myself for sticking to easy hikes and not believing in my ability to do more!

It was during this prep that I discovered Allison Driscoll’s Instagram and Site.  I was so inspired by her adventures and amazed that although I had lived in NH most of my life, I had gotten stuck in a routine, just sticking to what I knew, and I realized there was SO much of NH I hadn’t explored.  So I vowed after my competition that my next fitness goal would be to hike all NH 4000 footers and my first step was reaching out to Allison for help.

One of the biggest takeaways after meeting with Allison was learning about all the resources out there, the importance of pre-trip planning, and both mental and physical conditioning. Some of the advice we put to use right away, especially purchasing the 4000-Footers of the White Mountains guidebook. Some things I wish we had been more prepared for. Even though I learned about layering and the weather in the mountains I still underestimated these hikes.

My boyfriend (TJ) and I chose to hike Tecumseh first because it’s the shortest of the 48 and we wanted to start out with something easy, although we were warned the view wasn’t great.  The weather was perfect and we didn’t have bug issues, but because we are newer hikers we don’t have a lot of gear (basically just hiking boots and backpacks from Walmart) and therefore weren’t very prepared gear wise.  I had forgotten some of the tips Allison gave me in regards to clothing choices and we wore cotton shirts (BIG MISTAKE) and were drenched within half an hour.  We also ran into a bit of snow at the top, which was easy enough to walk on without traction, but my feet fell through a couple of times and my socks got wet. Of course I didn’t bring an extra pair!

The hike itself was challenging because it was pretty much a straight incline but we didn’t stop for a break until we made it to the summit, and didn’t spend a lot of time there because there were about 4 other parties of people so it was a bit crowded.

Mt Tecumseh summit- like the I love NH shirt?

Frozen but happy! Mt Washington in the background

Continuing off of Allison’s 4000 Footers for Beginners list, we decided Mt. Jackson would be next on our list.  After realizing our mistakes from the last hike, we splurged at EMS and got some new hiking clothes.  I got a techwick shirt, pants, smartwool socks, and a Buff headband. But even after making a big dent in our wallets, we still ended up being under prepared for this hike.  The weather decided to take a rapid decline and was only in the 50’s when we started and CRAZY windy. It must have been in the teens at the top!  TJ didn’t have a jacket, and neither of us had any cold weather gear. On the drive up we were super close to calling it quits and going home (much to my disappointment), but luckily there’s a little gift shop at the AMC Highland Center and TJ was able to buy himself some gloves and a winter hat…while I was able to find a pair of old gloves in my car and used my Buff to protect my ears from the wind (it worked pretty well!).  Our spirits were pretty low due to the weather but we decided to push through and I’m so glad we did!  Once we got on the trail the wind died down quite a bit, but I soon realized my gloves (being too small and more for fashion than function) weren’t gonna cut it, and my hands were frozen the entire time.  Being too cold and having gotten a late start from shopping, we skipped the trail that leads to Elephant Head and only made a couple quick stops to just catch our breath.

Although we were frozen the entire time, this was a much more enjoyable hike than Tecumseh.  It was a more gradual incline making it easier to pace myself and hold a conversation about RPG and gaming (my boyfriend is a nerd), and the view of Mt. Washington made being almost blown off the mountain totally worth it.

This hike taught me a few very valuable lessons

2. Always have extra supplies in your car

3. Check to see if there are parking fees BEFORE you get to the mountain

4. Never do an intense leg workout the day before a hike.

We realized after we got to the trail that there was a parking fee of $3 and only had a $20 on us…so we had to double back and break the 20 at a gas station 2 miles up the road.  When we were finally able to park and started getting ourselves ready for the hike we realized we ran out of bug spray…and of course the black flies were relentless.  You could see them swarming ahead of you on the trail like little clouds, and walking through them felt like you were being hit with tiny pellets (EW!). Both TJ and I were irritable (me from not eating enough for breakfast over an hour prior and my legs feeling like led from doing an intense workout the day before)…it was all just a recipe for disaster.  Not 50 feet up the mountain and I was doubled over huffing and puffing.  I couldn’t believe it!  I had never experienced fatigue like this from hiking before. Stopping every 2 minutes to catch my breath, I could tell TJ was not having fun.

I kept thinking about the hikers who hike 20 miles a day and the older people I kept seeing with their large packs and I kept repeating to myself “If they can do it, I can do it…” along with the song “Put One Foot in Front of the Other” from Santa Claus is Coming to Town.  After what seemed like forever we made it to the top, and although I knew there wasn’t a view I still felt a small pang of disappointment after what I had just endured…and it took all of 2 seconds of rest before the flies attacked.  We had little time at the summit, really just enough to take a summit picture before we (literally) ran back down the trail.  I couldn’t have wanted to get down fast enough, but it caused me to not really pay attention and I ended up tripping and skinning my hands and needs a couple times.  I’m sad to say this was the worst hiking experience of my life, but I’m still glad I did it despite all the obstacles and I definitely learned A LOT.

Christina and TJ’s journey is not unlike that of many hikers taking it to the next level. You may find yourself looking at photos online of other hikers and wonder how it comes easy to them. You don’t often get to hear what people found difficult, what they forgot to bring, or how unprepared they felt. I believe in transparency when sharing my hikes. If a trail was difficult due to conditions, I didn’t feel well, or just got lost I’ll let you know, but too often people hide those stories to make themselves seem unstoppable. Hey, if this was easy everyone would be doing it!

Wondering if Christina and TJ stuck with the list? See for yourself!

And while you’re waiting for that, you can read about two of my hikes gone awry. The first is from my first solo 4000 footer. Actually my first 4K when I decided I wanted to do the list. Nothing like bushwhacking up the side of East Osceola!

The second is a more recent hike (yup, I still make mistakes!) on Scar Ridge: a notoriously difficult bushwhack. I was able to get myself out of a tough situation by using my noggin! 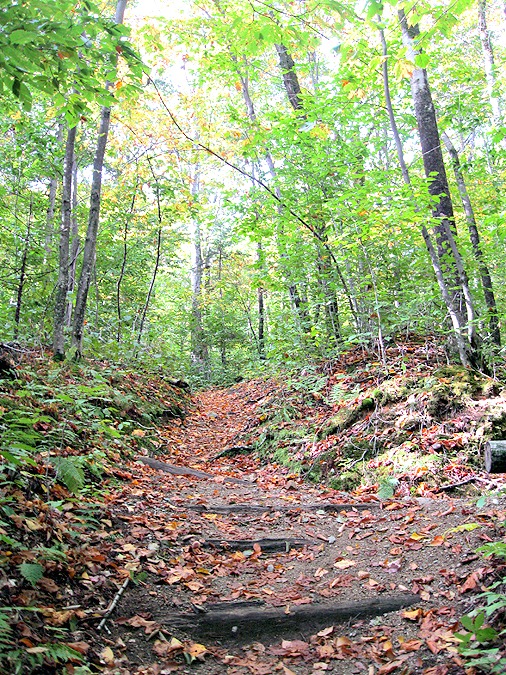 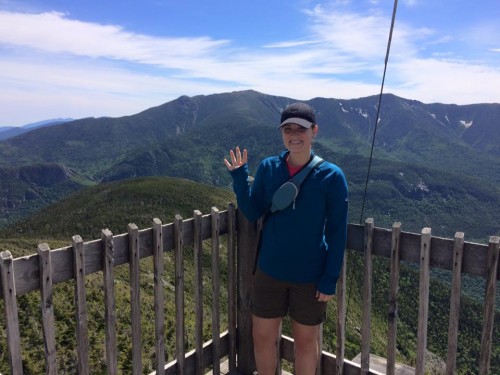