Last weekend I hoped to complete another milestone in my own list- hiking the New Hampshire 4000-footers in each season. After I completed the NH48, I moved onto the New England 67 and then began the New England Hundred Highest list. I am fairly close to finishing the NEHH list, but kept finding myself planning the hikes around NH4Ks. When I did the Sleepers it was mainly because I could do another hike up Tripyramid’s North Slide, one of my favorite routes. I even threw in Whiteface and Passaconaway that day! There are so many wonderful routes to ascend the NH4Ks that it’s been hard not to return. I decided to roll with it and attempt them all in each season. 48×4=192 peaks! I finished Spring and Summer this year and was determined to finish autumn as well!

Last weekend’s hike was hard. It was actually the hardest hike I’ve been on in winter. The Wildcat Ridge Trail is steep. The footing is nearly impossible and it hadn’t been touched by another person. We decided on Wildcat D to finish off the Wildcats and leave off Carter Dome. Being my last autumn NH4K, I had to go back before the winter solstice.

The trail starts off at the Nineteen-Mile Brook Trailhead for a moderate 1.9 mile hike in the woods. This trail is very well traveled and microspikes worked wonders.

The trail crosses a steam and follows it for a bit. At about one mile there is a dam you can see from the trail.

While taking a water break, I noticed how monstrous this spruce is! We were hoping the clouds would lift by the time we reached the summit, but with our winter landscape, blue skies would have just been a bonus. I love the scenery in winter!

We continued on the Nineteen-Mile Brook trail to the Carter Notch Hut. It is one of the few huts open in winter. While there are no hut crews in winter, it is a great spot to warm up a bit and take a break.

The trail scoots by Carter Lakes to a couple more steep pitches before we get to the hut. We pass by a large Boy Scout group that spent the night. They assume we’re only going to the hut and eagerly inform us it’s only 20 minutes away and the trail gets better after the steep section. They seemed to be having a blast!

There is only one section where I think we’re closer to the hut than we actually were. When we actually arrived, the thermometer hanging said the outside temperature was 17 degrees Fahrenheit. It wasn’t much warmer inside, but it was much more humid. Steam rose from Andrew’s head when he removed his hat as did Anya’s foot when she took care of a hot spot.

We had an early lunch and signed the log inside the hut before we took off for Carter Dome. Leaving the hut I instantly became cold. It was good we had such a steep climb ahead of us!

Carter Notch sits pretty at 3288′. Carter Dome is 4833. We have a lot of elevation to cover in just over a mile. This is the harder way to ascend Carter Dome, but our visit to the hut was worth it!

While there really wasn’t much to see, we walked over to the outlook to take a peak. We decided to skip Mt Hight as one of our group members had a tough climb up. With the lack of views and knowing exactly how it feels when your legs don’t want to cooperate, we headed back down Nineteen-Mile Brook Trail.

But not before some summit shot atop Carter Dome!

That concludes my autumn NH48 list! I have 9 left for winter so that’ll be on my radar. I hope you ended autumn with a bang and get outside this winter!

Book time: 6:51- our hike time was spot on with book time- this includes a long break at the hut and hiking in winter conditions. 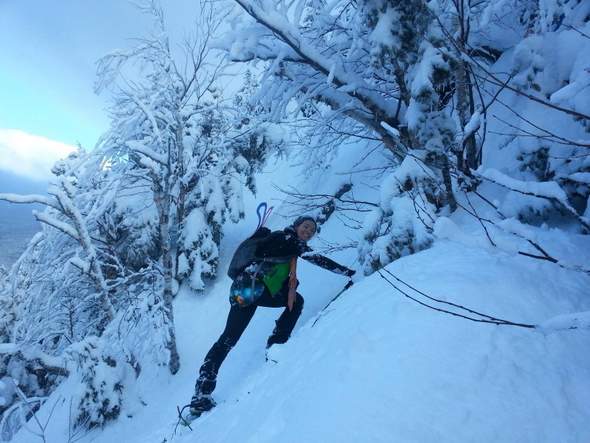 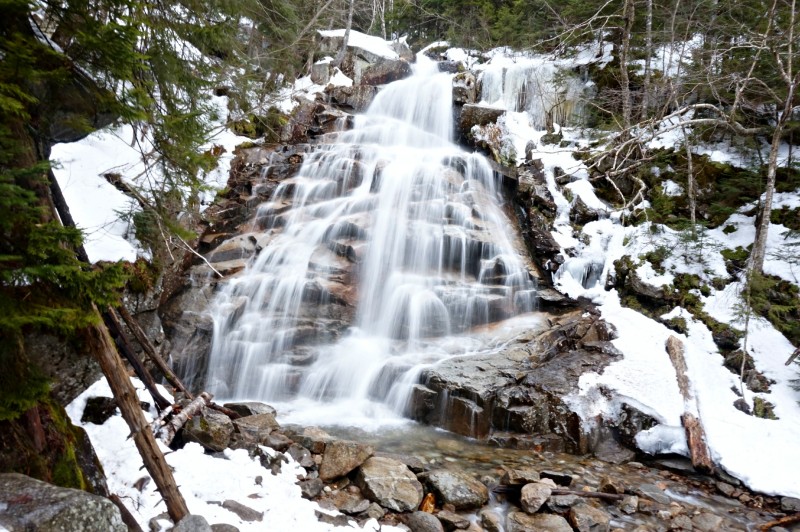