For some reason, 2015 has blown right by! It was an incredible year for me personally and for Trail to Summit. I’ll take you through this year’s highlights and would to hear about yours! Make sure to leave me a comment. I’d love to hear from you!

This year I had great opportunities for contributing to other publications, spreading some trail knowledge with others. This includes articles for Gossamer Gear, Appalachian Trials, and an interview with Alpen Climb. I have a really exciting contribution for early 2016 that I can’t wait to share with you all, but you’ll have to wait!

After for years going at it, I finished my 4000 footers in each season, all in 2015! I summited my final New Hampshire 4000 footers in Spring, Summer, Autumn, and Winter (in that order, of course) all this year! I had the most peaks left to hike in Autumn. Because of the unfavorable conditions this past winter, I barely squeaked by finishing on Jefferson in March after multiple attempts at the Northern Presidentials.

This year I’ve brought Trail to Summit live to various venues from public libraries, outing clubs, and colleges. I’ve done presentations on going lightweight, thru hiking the John Muir Trail, and peakbagging the New Hampshire 4000 Footers! More talks will be happening in 2016 as well.

Some of you may know that I got married in June! We had a beautiful wedding at a vineyard/barn in Haverhill.

And with a wedding comes a honeymoon! We spent two weeks traveling through Germany, Austria, and Switzerland.

Can you tell we’re not beach people?

Just about as soon as we returned from Europe, we moved! Yup, 2015 was a busy year. I am now (once again!) a proud New Hampshire resident. Our home even came with chickens!

In 2014 I planned to work on the New England Hundred Highest List. It’s made up of the New Hampshire, Maine, and Vermont 4000 footers I’ve done and the rest (33 peaks) are just under 4000 feet. Many of them are bushwhacks so there’s an extra challenge in regard to navigation and route finding. Getting to these trailheads are a challenge as well as many are very far away and accessed through a series of logging roads, ATV trails, or simply “that big rock at the curve of a certain trail”. Instead of really working on this list last year, I got 4K obsessed, hence finishing all NH 4Ks in each season! This year, I switched gears to the NEHH list and I’ve covered a lot of ground with 91 of the peaks now  complete. I plan to finish this list by next summer as I still have some very remote hikes to do like Boundary Peak and the trio in the Northern end of Maine’s Baxter State Park.

Heading up the talus field on Vose Spur

Trail to Summit has morphed into a resource for hikers, thanks to readers like you! I started this site as a way to share my hikes and this year it’s a different animal! While I still provide trip reports for New England hikes, there are loads of gear articles, recipes, projects, and articles- especially for other female hikers! We even joined Instagram and Pinterest in 2015! 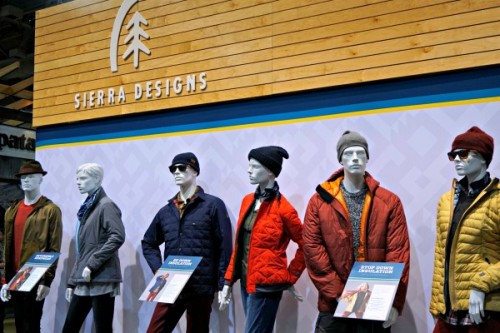