A Comprehensive Review of 5 JMT Guidebooks

Roleigh Martin, known by many as the lead moderator of the John Muir Trail Yahoo Group, has published a comprehensive review of the 5 JMT Guidebooks available to anyone looking to hike the trail. This review is currently only available on Trail to Summit. The following excerpt is from his review which can be viewed, in its entirety below:

The year 2014 showed that “America’s most famous trail”, the John Muir Trail (JMT), had become so popular that 10 new books (or updated editions) of the JMT were published. Among these are two new guidebooks for hiking this 221 mile long trail. This means that aspiring hikers of the JMT now have five JMT map packages/guidebooks to choose from (listed in reverse publication date order):

Roleigh Martin is the lead moderator, since 2011, of the 3600+ member group, the John Muir Trail Yahoo Group.  He has written extensively on issues of interest to JMT hikers.  He has done the JMT 7 times.  He lives in Reno, Nevada and leads hikes there for the Sierra Club and is head of a Meetup Group focused on the JMT for people living nearby. 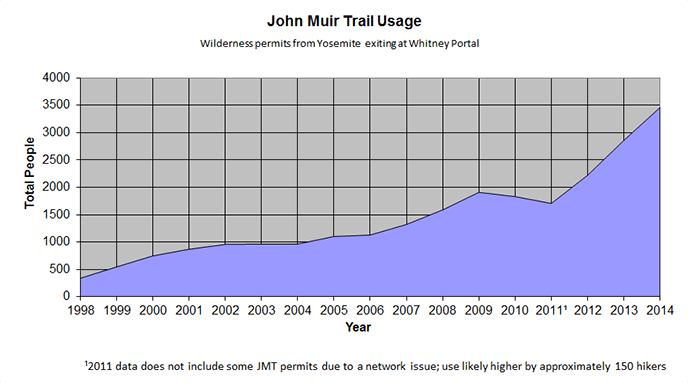 One Response to :
A Comprehensive Review of 5 JMT Guidebooks